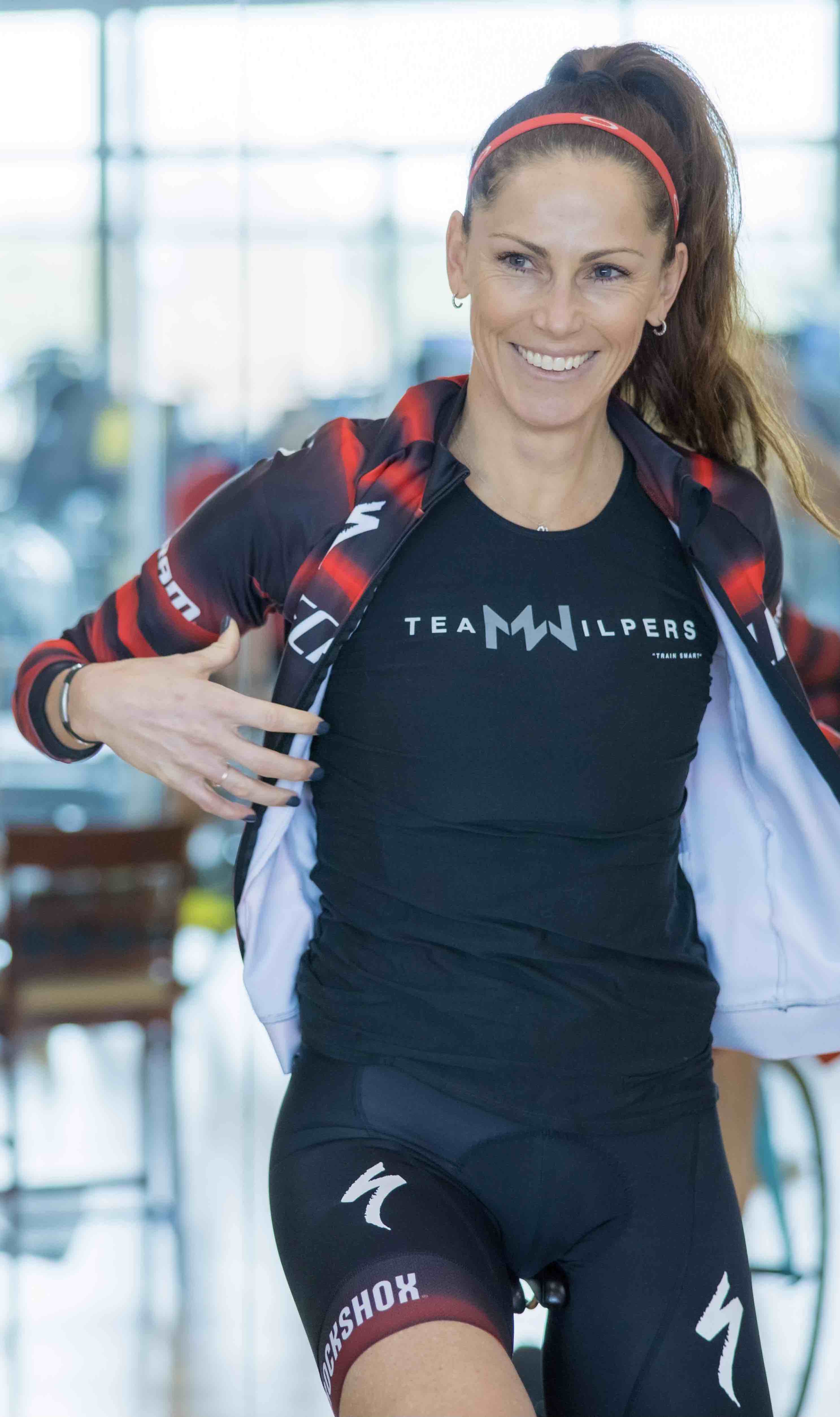 Jenny is a native of Red Deer, Canada where her first sport was modern pentathlon (fencing, shooting, running, swimming & horseback riding). She competed for Canada as a junior until being discovered by a modeling scout at age 15. From there, she was off to the runways of Tokyo, Hamburg, Milan, and Sydney, eventually landing in New York City where she established a successful modeling career. You may recognize her from her magazine covers and as the face of Oakley & Garmin. Jenny now lives in Dallas with her adorable mini Australian shepherd, Xena.

It was in the spinning studio of the Reebok gym in NY, where Jenny rediscovered her love of multisport and cycling. Many hours of riding and running in Central Park later, Jenny became one of the top amateur triathletes in the country (chief rival of fellow TW coach @athletestyle !).

In 2010, Jenny achieved her dream of becoming a professional triathlete. She moved across the country to Los Angeles to train with one of the top triathlon squads in the world. Starting off with Olympic distance racing, Jenny found her niche in half ironman and ironman racing and has appeared on podiums around the world. In addition, Jenny has competed in swim-run events, many gran fondos, and has led epic bike rides.

Now as a coach, Jenny uses her experience to inspire her athletes. She is passionate about motivating and pushing people to achieve their goals-- all while having a ton of fun! She believes everyone deserves to pursue their dreams - whether that is to finish a sprint triathlon or to podium at an Ironman.

Who is ready for a triathlon adventure?